If a three-point line had existed, one can only imagine the records Steve Thomas '61 would still hold.

The 1961 Roger Bacon grad was a prolific shooter and scorer who is still ranked #6 on the list of for Men's basketball all-time points leaders, just 430 points or so behind #1. Yet, it was upon moving on to Xavier University that he cemented his mark as one of the great players the City of Cincinnati has ever produced, and best pure shooters in XU history.

Unfortunately, Thomas' senior year was one that he never recovered from. After 14 games, and a 28.9 ppg. average, he went down with a knee injury. After receiving a red-shirt that allowed him to play a half season in 1965-66, he tried a comeback. Despite scoring 17.4 ppg., Thomas would play only five games before calling it quits.

Thomas' feats earned him national acclaim, All-America honors, a spot on the NCAA All-Star Team after his junior year, and a tryout with the U.S. Olympic Team. Many opposing coaches stated that he was the best shooter in college basketball in 1964.

Here is a list of some of the more notable honors that the Roger Bacon High School product put together during his stay at Xavier: 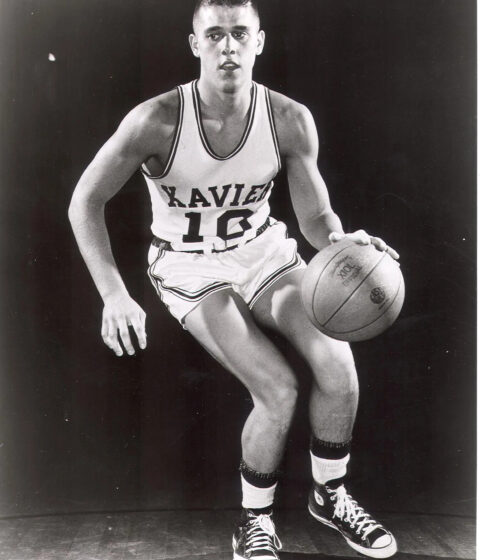