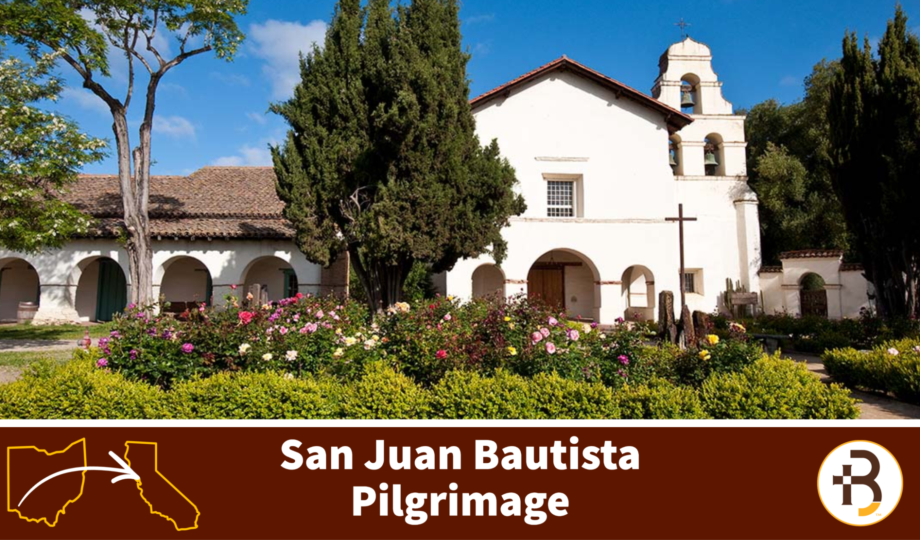 This Easter break (April 2023), Roger Bacon students will travel to northern California for an all-expenses paid pilgrimage to the Franciscan missions. This trip will include visits to the San Juan Bautista mission as well as missions in Monterey, Carmel and San Francisco. These missions serve as historical and cultural treasures which highlight the history and archelogy of early-California and Native American cultures.

Students selected for this pilgrimage will be current Roger Bacon juniors who are in good academic and behavioral standing, who have shown involvement in the school community, and who demonstrate a commitment to the Franciscan values on which the school was founded.

History and Inspiration behind the San Juan Bautista Pilgrimage

The San Juan Bautista Pilgrimage is inspired by Roger Bacon’s current Assisi Scholar Program, and the life-changing impact it has made on our students. Founded in 2012, the Assisi Scholar Program is the academic honors program at Roger Bacon. The Assisi Scholar students participate in a rigorous curriculum focused on academic, spiritual, and leadership development. As part of the reward for completion of this program, the Assisi Scholars embark on an all-expenses paid pilgrimage to Rome and Assisi, Italy the spring of their senior year. This trip is a true pilgrimage, with students walking in the footsteps of St. Francis and St. Clare, while visiting such historical sites as the tomb of St. Francis, the Sanctuary at La Verna, and the Basilica of St. Francis. To date more than 130 students have made the pilgrimage, and the impact on the students has been profound.

With a strong desire to offer similar developmental and spiritual experiences beyond the Assisi Scholar Program to a wider group of students of various abilities, the San Juan Bautista Pilgrimage has been formed. Students will follow in the footsteps of St. Junipero Serra, a Franciscan friar known as the "Apostle of California" for bringing the Catholic faith to the west coast.