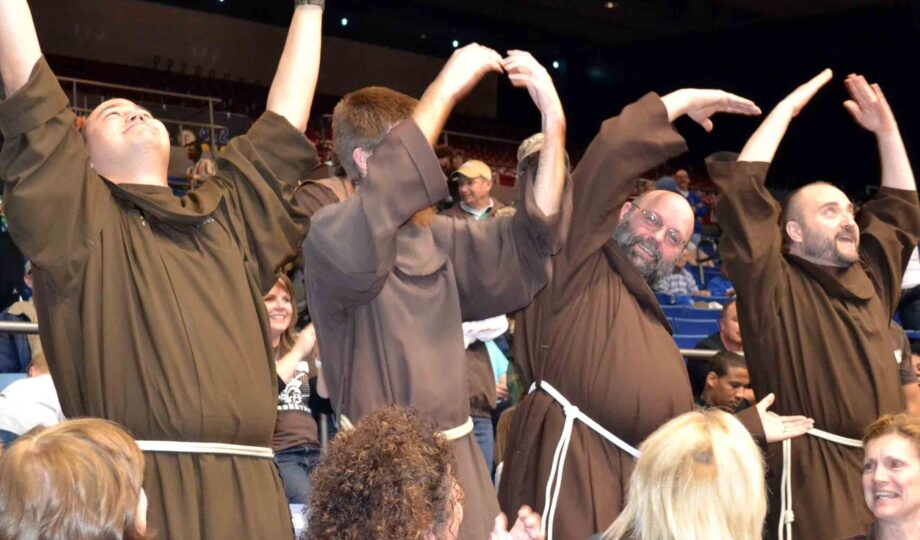 Those who are unaware of the rich Franciscan tradition of this school may not immediately connect Roger Bacon the medieval scholar and scientist, with St. Francis of Assisi, who founded the Franciscan Order. Friar Roger Bacon was born early in the 13th century. He became a Franciscan in his early 40's, joining a flourishing group of friars who made their mark in England during the first years of the Franciscan movement.

Francis of Assisi initiated this movement in northern Italy over 800 years ago. The son of a wealthy cloth merchant, St. Francis grew dissatisfied with this lifestyle. He heard the call of God, relinquished his possessions, and stepped out of his social class. Breaking with the political and social systems of the thirteenth century, St. Francis urged his followers to return to the Gospel ideals of poverty, fraternity and peace. These followers included not only the men who joined his movement, but also women who gave themselves to contemplation under the leadership of St. Clare. Eventually, a Third Order came into being for the laymen and women who wished to live the Franciscan inspiration.

With the Gospel of poverty, fraternity and peace at the core, St. Francis emphasized love and compassion – for the environment, for others, particularly the most hopeless and needy, and for God. Roger Bacon honors St. Francis’ work by remaining true to these values. We bring this to life in ways that involve everyone. Together we recycle what we can. We also care about each other.

Each year a family-like atmosphere quickly develops here, bringing about a rapport between our faculty, staff, and students that captures the essence of Franciscan fraternity. Finally, campus ministry, religion classes, yearly retreats, and the lived example of faculty members help students strengthen their faith and relationship with God.

Furthermore, the community outreach program reminds us that we have a responsibility to give back to the community and those less fortunate. Bacon Buddies, mission trips, and Shantytown are a few examples of this compassionate service in practice.

St. Francis’ influence helps Roger Bacon reach its mission of developing the hearts, minds, and bodies of its students. A Bacon graduate is tolerant, compassionate, giving, accepting of others, faithful, and concerned about the world and the welfare of all peoples.