Milt Stegall is a class of 1988 Roger Bacon graduate, where he earned All-State honors in football player, All-City honors as a basketball player, and qualified for the state track meet his senior year.

Stegall attended Miami University where he was a four-year football letterman from 1988 to 1991. He
finished with 106 receptions for 1,581 yards, and eight touchdowns as a wide receiver. Because of his speed (he competed on Miami's track and field team where he holds school marks for the 3rd fastest 100 meter dash, 10.44 seconds, and 5th fastest200 meter dash, 21.24 seconds) he was also a dynamic tap dancer, and kick returner, setting a career record of 1,377 kick return yards which lasted until 2002.

Upon graduation he signed with the Cincinnati Bengals, where he played three seasons. Stegall then headed to Canada, where he enjoyed an illustrious 14-year career.

In 2012, he was elected to the Canadian Football Hall of Fame.

Milt is now a successful broadcaster, seen on ESPN during CFL broadcasts. 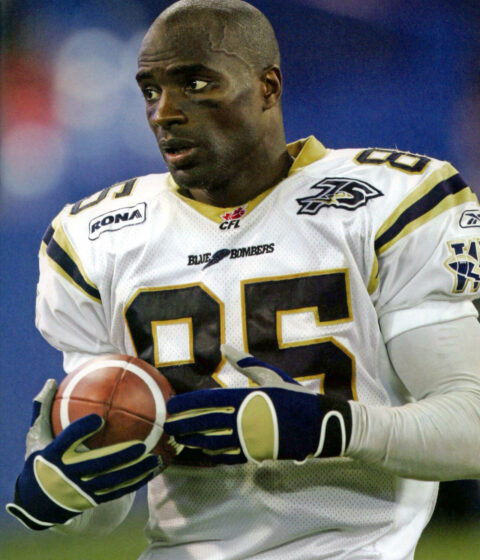