After more than 33 years serving as a senior justice on the United States Tax Court, the Honorable Robert Ruwe, '59, retired in November of 2020.

Judge Ruwe was a varsity letter winner in football while at Roger Bacon, playing for the legendary Bron Bacevich. He was part of the talented 1958 squad that went a perfect 10-0, the first undefeated season of Coach Bacevich’s tenure at RB.

Judge Ruwe graduated from Roger Bacon in 1959, and earned a football scholarship to Xavier University, though he only played his freshman year. He earned his BA from Xavier in 1963. He was employed as a Special Agent for the Intelligence Division of the Internal Revenue Service from 1963-1970. From 1963-1968 Judge Ruwe served in the Ohio National Guard. In 1966, he enrolled in the Salmon P. Chase College of Law, which he attended at night. During all of this, he still found time to get married to Mary Kay in 1967, and start his family with the birth of his first two sons, all while working for the IRS in Cincinnati.

In 1970, Judge Ruwe graduated with his Juris Doctorate from Chase, ranking first in his class. Judge Ruwe then joined the Office of Chief Counsel for the Internal Revenue Service in 1970, and worked his way through several position within the organization, ranging from Trial Attorney, Director of the Criminal Tax Division, Deputy Associate Chief Counsel (Litigation() and Director of Tax Litigation Division.

He was appointed by President Ronald Reagan to serve as Judge for the United States Tax Court on November 20, 1987, for a term to end on November 19, 2002.

Although Judge Ruwe first retired on November 20, 2002, he continued to perform judicial duties as Senior Judge on recall.

In 2012, Judge Ruwe received the J. Edgar Murdock Award for his distinguished service to the Tax Court.

On November 25, 2020, Judge Ruwe officially retired from service to the court. At the time of his retirement, Judge Ruwe had authored hundreds of opinions, including many noteworthy concurrences and dissents. 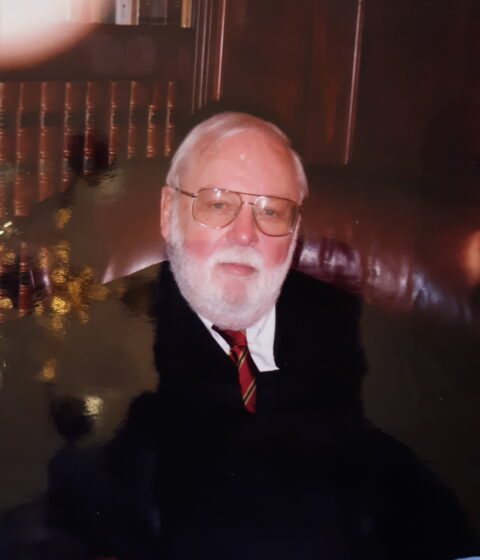