Dr. Thomas J. Fogarty is an internationally recognized cardiovascular surgeon, inventor, entrepreneur and vintner. He has been involved with a wide spectrum of innovations in business and technology, serving as founder/co-founder, and Chairman/Board Member of over 33 various business and research companies, based on devices designed and developed by Fogarty Engineering, Inc.

During the past 40 years, Fogarty has acquired over 100 surgical patents, including the “industry standard” Fogarty balloon embolectomy catheter and the widely used Aneurx Stent Graft that replaces open-heart abdominal aortic aneurysm (AAA) surgery. Dr. Fogarty is the recipient of the Jacobson Innovation Award of the American College of Surgeons, the 2000 Lemelson-MIT prize for Innovation and was inducted into the Inventors Hall of Fame in December 2001.

“He’s one of the most prolific medical device inventors ever,” says Paul Yock, MD, professor of medicine and director of the Stanford Biodesign Program, which promotes the invention and development of new health technologies.

Dr. Fogarty is a 1952 graduate of Roger Bacon High School, and earned his bachelors degree at Xavier University, and his medical degree from the University of Cincinnati.

He is also owner of Thomas Fogarty Wines, located in the Santa Cruz Mountains of California.

The Fogarty Center at Roger Bacon is named in his honor. 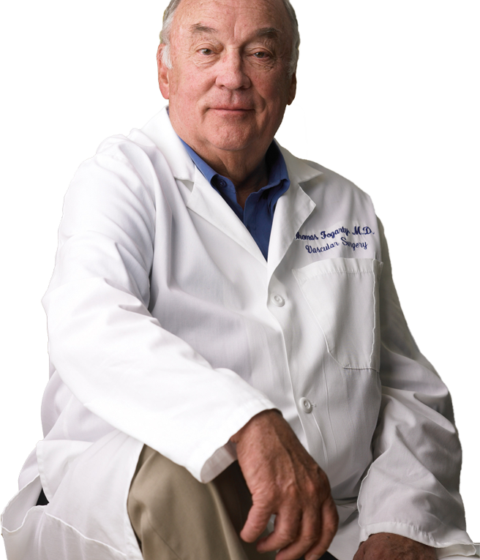 “If there is one lesson I have learned, its to never give up. You learn from what doesn't work.”