While working at the main post office, Buddy put together $400 and along with a couple of partners and found a spot on Boudinot Avenue in Westwood and opened Papa Gino’s on March 24, 1954. With a work ethic instilled in him during his years at Roger Bacon, Buddy kept his job at the post office, running the restaurant from 4 in the afternoon until 10 at night, then heading for the late shift beginning at 11.

From that original location on Boudinot Avenue, LaRosa's now has 66 locations and counting throughout the greater Cincinnati and Dayton areas. LaRosa's is one of the top 15 largest pizza franchises in the United States.

In true Spartan fashion, LaRosa's is active in the community, donating time, money, and pizza(!) to a host of worthy causes, from schools to youth organizations. 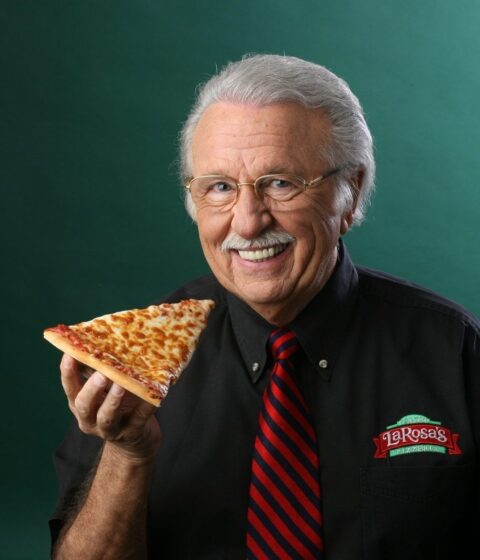 “Good Better Best, Never Let It Rest, Until Your Good Is Better and Your Better Is Best”