Dave Foley is a 1965 graduate of Roger Bacon. During his varsity football tenure under legendary coach Bron Bacevich, the Spartans earned a record of 27-1-1, including undefeated seasons in 1962 and 1963.

Dave also won the 1965 state championship in the shot put, and still holds the school record with a put 62'2.5."

Upon graduating, Mr. Foley earned a football scholarship to the Ohio State University, where he was a three year starter on the offensive line for coach Woody Hayes, and a three time Academic All-American. In 1968 he was recognized as a consensus All-America and was co-captain of the 1968 National Champions. He is a member of the Ohio State Hall-of-Fame. He also was an Honor Cadet in the ROTC.

He was drafted in the first round by the New York Jets in 1969. After two years with the Jets, he was traded to the Buffalo Bills, where he anchored the "Electric Company," the offensive line that led the way for O.J. Simpson's 2,000 season. He was named to the Pro Bowl in 1974.

While still playing Dave started Dave Foley and Associates, specializing in life and health group benefits. This successful business has grown and expanded, and continues to this day.

Mr. Foley has been incredibly generous to Roger Bacon, with a scholarship named in his honor. He helped christen the newly renovated Bacevich Stadium in 2019 by returning home to fire up the team. 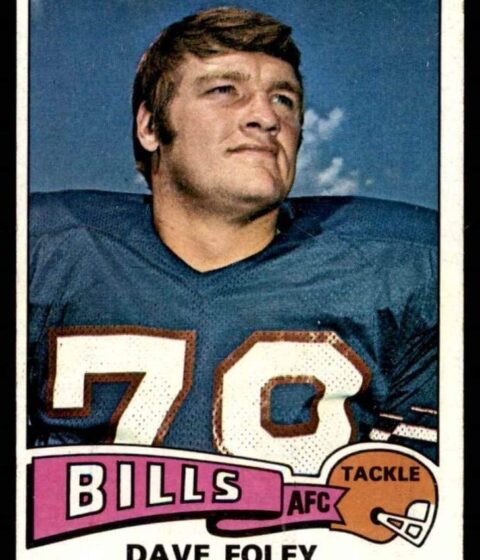