“Attending Roger Bacon was one of the best decisions in my life,” shares Craig McGee, class of 2017, “Roger Bacon was the place that helped me further my educational, athletic, and faith journey.”

Most remember Craig as a standout on the basketball court, where he was a second team all-state selection his senior year, while leading the Spartans to a state runner-up finish in the 2017 tournament. Among Craig’s accomplishments at Roger Bacon:

Craig is equally remembered at Roger Bacon as a leader in the classroom and the hallways, embracing all that Roger Bacon offered academically and spiritually.

“Roger Bacon, as many people know, is a very family-oriented academic community. This is due to the school’s size and the caring faculty that work there. It is very easy to feel like you are a part of the family, no matter your background,” explains Craig. “The aspect of Roger Bacon that I am most grateful for is their willingness to push me to be great. As an Assisi Scholar, attending a school with a 7-point grading scale, and taking over 10 AP or honors level classes there was no time for slacking. The professors were very respectful to me, but they also knew when to get on me if I was working in a manner below my potential. I was an Assisi Scholar at Roger Bacon, taking the most rigorous curriculum that was offered at the school, as well as playing basketball for the Spartans.”

“The basketball program helped me become a better man, developing my leadership abilities, my communication skills, and molding my definition of hard work into what it truly is today. I tell people all the time, I thought I knew what hard work was and then I stepped into Roger Bacon and my definition changed drastically,” shared Craig.

Craig is a devout Christian, but is not Catholic. Yet, he still found thereligious formation at Roger Bacon to be impactful, especially its strong Franciscan charism.

“One final thing I’m grateful for was the religious foundation. Although I’m not Catholic, I am a Christian and I was able to learn a lot about my faith. One of the most influential things faith wise that I learned from Roger Bacon was the importance of service to others. As a follower of Christ, we are called to serve others and that is something that I have taken from Roger Bacon and applied into my everyday life from community service to tutoring college students and others. Roger Bacon helped set the foundation for me, helping me grow in so many ways. Thanks to Roger Bacon, the support of my family, my hard work, and the grace of God, I was able to attend the #1 ranked Engineering College focused on Bachelor’s and Master’s education in the country,” says Craig.

The engineering school he speaks of is Rose-Hulman, as university that sits atop U.S. News & World Report’s list of top engineering schools for the 23rd consecutive year. Craig studied computer engineering with a minor in computer science, while also earning a spot as a four year starter on the basketball program, racking up numerous honors on the court, including:

As an added bonus, he also got to play with his younger brother, Josiah class of 2020, also a former Roger Bacon standout in the classroom and on the court.

At Rose-Hulman, Craig also continued his hard work in the classroom and sharing his faith in Christ among the school community, earning several accolades and distinctions:

Craig also was able to serve on two campus ministries. He also stopped back to Roger Bacon last year to speak to the RB 180 youth ministry group about the power Christ has had in his life. He also came home this summer with his brother Josiah to help Coach Neal with his summer basketball camps, continuing to give back to the school and community he feels has given so much to him.

Craig graduated with his Bachelor of Science in Computer Engineering with a minor in Computer Science this past spring.

“Currently I am a Consultant for Edgile, LLC where I’m working in the computer and network security field,” shares Craig. “I’m grateful for Roger Bacon in helping develop me into the man I am today. Look forward to seeing Roger Bacon continue to thrive. Go Spartans!” 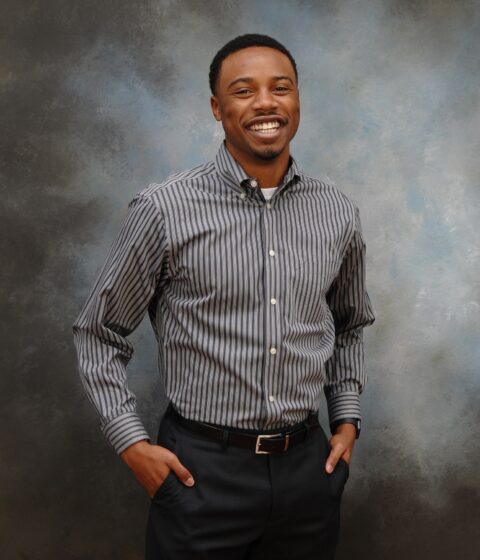 “Three of the pillars of the Roger Bacon basketball program are discipline, toughness, and unselfishness. During his four years in our program, Craig was the ultimate model of those characteristics. He was disciplined. Craig always came to practice early and was the last to leave, he never missed a lift session, he took good care of his body by eating right and getting a good night’s sleep, he worked as hard as he could in every drill, and he never took a play off in a game no matter what the score. Craig was tough. He always took pride in stopping the other team’s best player no matter how many screens he had to fight through, he pushed his body and mind to new heights of performance daily, he was willing to put his body on the line day in and day out, and he was always willing to sacrifice for the good of the team. Finally, Craig was unselfish. What more do you need to know than Craig is the all-time assists leader in Roger Bacon basketball history? Quite simply, our program was exponentially better because of Craig’s presence in it. I was honored to be his coach and am incredibly thankful that I got to play a very small part in his development.”