As a graduate of Roger Bacon and Xavier University, Lieutenant Colonel (Ret.) Alvin J. Meyer ’46 fully embraced the Franciscan values and “all-for-one” spirit of each respective institution. A veteran of three American wars, Mr. Meyer was inducted in April to the Xavier University Hall-of-Fame.

Upon graduating from Roger Bacon, Mr. Meyer enlisted in the United States Marine Corp, during the tail end of World War II. He served from 1946-1948, reaching the rank of Corporal. He then decided to continue his education and moved to ROTC at Xavier University, where he served until graduation in 1952, while also finding time to marry his high school sweetheart, Georgeann Dietz Meyer, OLA ’50. After graduation, Al began a 20 year career in the U.S. Army entering as a 2nd Lieutenant, serving as a commanding officer during both Korean and Vietnam Wars.

Mr. Meyer earned the distinction of The Army Commendation Medal for meritorious service during events such as the Berlin Build-up and the Cuban Missile Crisis.

His exceptional, brave, meritorious service as commanding officer of the 75th support battalion during the Vietnam War earned him one of the highest honors bestowed upon our Nation’s armed forces - The Bronze Star. His exceptionally meritorious effort also earned him The Legion of Merit

His most memorable time during his Marine Corp. years was when he was on guard duty at the Norfolk Mine Depot and President Truman walked by him on his way to the Presidential Yacht and he saluted the President.

Mr. Meyer later earned his Masters Degree in Business Administration from the University of Syracuse in 1967.

After the military career Al worked for the University of Cincinnati at Holmes Hospital, and then University Hospital Medical Center as administrator. 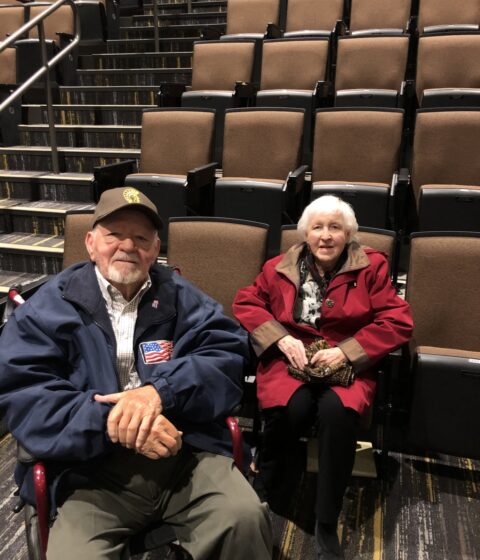 “Roger Bacon prepared me for life in the service and beyond. Whether it was the academics, the discipline, or the values, I never forgot my experience at Roger Bacon, and I am grateful to have had it.”