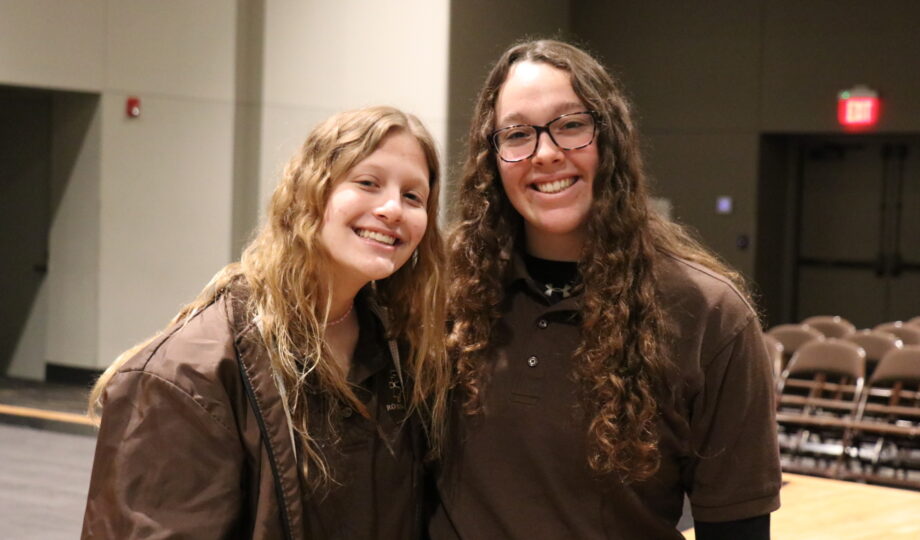 Congratulations to Roger Bacon seniors Alaina Finan and Brooklyn Myers, who were named to the 2021-22 Academic All-American Team by the National Interscholastic Swim Coaches Association (NISCA).

Over 355,000 students are involved in high school aquatics, with only 2% of these participants being recognized with the distinction of Academic All-American. Criteria for this honor includes a recipient holding a minimum grade point average of 3.75 on a 4 point scale, or 93.7500% of the grade scale used by the school without rounding up.

Both Brooklyn and Alaina are currently ranked in the Top 10 of their senior class, are members of the National Honor Society, and are part of the Assisi Scholar program. Both students will join fellow Assisi Scholars on the pilgrimage to Assisi and Rome in April.

This is the second year in a row Roger Bacon has had two of its swimmer recognized. Class of 2021 graduates Rory Murphy and Natalie Borgert earned the distinction last year.