Roger Bacon was joined by the Bacevich family on Friday, September 25th, 2020 as they rededicated the Grotto, our shrine to the Blessed Mother. Built by legendary football coach and teacher Bron Bacevich and the Varsity and Dads clubs of RB, it was originally dedicated on September 18, 1955.

With the numerous campus renovations and changes that have occurred since 1955, the Grotto had become less visible and accessible for current students, as well as alumni hoping to return for a visit. With the blessing of the Bacevich family, the decision was made to relocate the Grotto to St. Francis Plaza, in the heart of Roger Bacon's campus. Current Roger Bacon students carefully relocated original stones used in the 1955 construction to this new location, as well as a the original statue of the Blessed Mother, which has been newly refurbished. This prominent location will allow it to be utilized and enjoyed by Roger Bacon students and student-athletes, as well as being shared with all visitors to campus and the Fogarty Center.

Dr, Bernard Bacevich '59 and wife Susan '62 were joined by their son Michael, as well as Roger Bacon administration and senior athletes as Father Roger Lopez, OFM, lead a short prayer service and dedication. 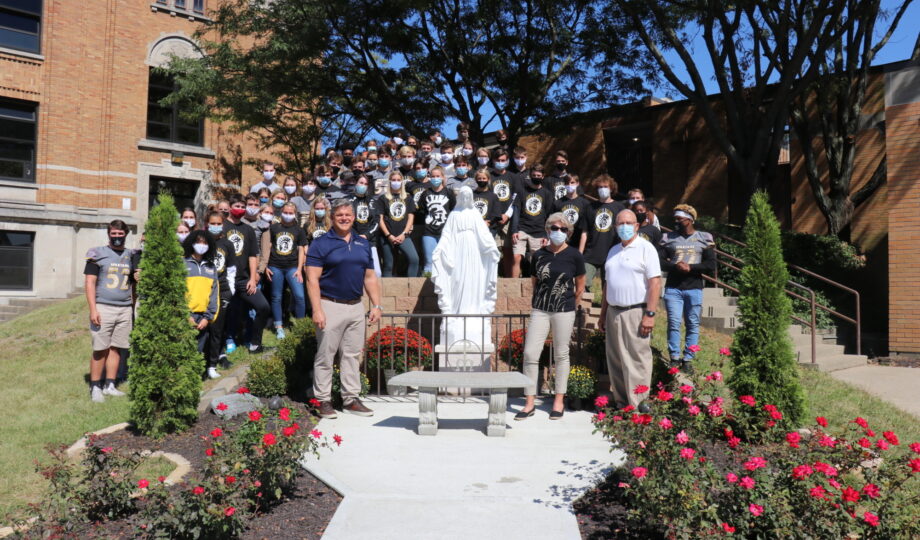