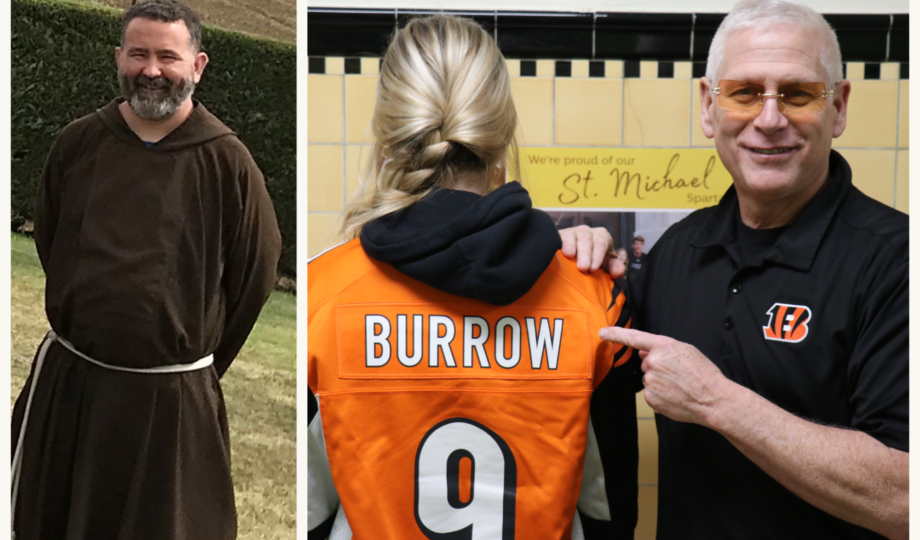 Last year during the Roger Bacon Assisi Scholar pilgrimage to Italy, one of our Franciscan guides was Fr. Christopher Iwancio, OFM Cap. Little did we realize the Super Bowl would create a rivalry that would be played out this April in Italy!

Fr. Chris is the Campus Chaplain for St. Francis High School, a Catholic college preparatory high school for boys located in La Cañada Flintridge, California—a suburb of Los Angeles. Founded in 1946, St. Francis High School is owned and directed by the Capuchin Friars of the Western American Province of Our Lady of Angels.

When preparing the itinerary for the pilgrimage in April, we found out that students from St. Francis High School will be in Assisi at the same time as the Assisi Scholars from Roger Bacon. After a quick phone call between Fr. Chris and Roger Bacon’s principal Steve Schad, a Super Bowl bet was made. 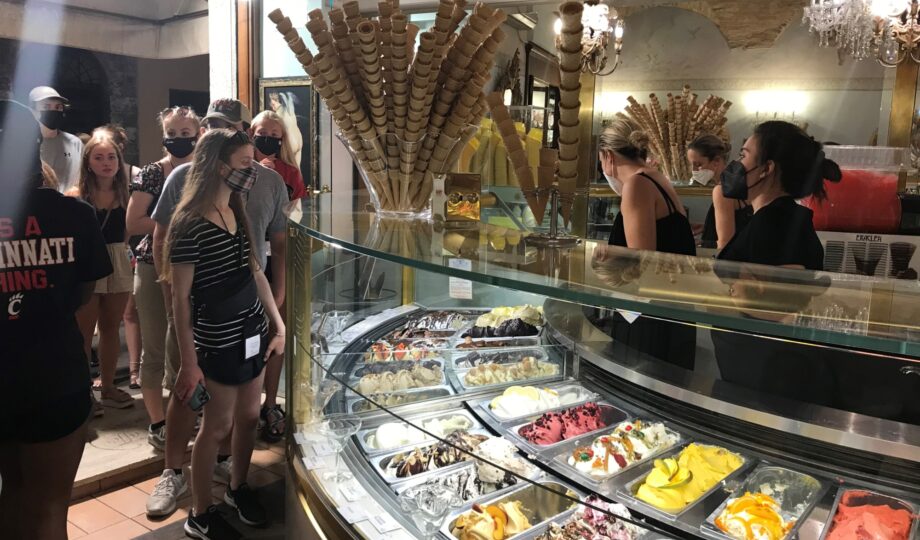 When the two groups of students meet in Assisi Italy in April 2022, gelato at one of the local establishments is at stake. Additionally, Fr. Chris or Principal Schad must wear the jersey of the winning team. While Principal Schad indicated he is confident the wearing of a Bengal’s jersey by his California counterpart would happen, Fr. Chris made an interesting request. Fr. Chris is a huge LSU fan and a big supporter of Joe Burrow. He indicated if he has to wear a Bengals jersey, he would gladly wear a Joe Burrow’s jersey!!