Roger Bacon senior running back Corey Kiner has earned the most prestigious honor the state of Ohio gives to a prep football player –being named OHIO MR. FOOTBALL for the 2020 season today. The Mr. Football Award has been given out annually since 1987 to the player voted by the Associated Press to be the best high school football player in the state of Ohio. Corey becomes the 34th player, and only the third player in the Cincinnati area, to receive this honor, and the second in as many years.

Corey rushed for 1,866 yards and 35 touchdowns this season, leading the Spartans to a regional championship and birth in the state final four. He also had 3 receptions for 71 yards and a touchdown, and returned six kickoffs for 196 yards and a touchdown. He accomplished all of this despite not playing more than 10 quarters due to Roger Bacon having large leads after halftime. Corey scored 28 of his 35 rushing touchdowns before halftime this season, with 18 of them coming in the first quarter. Corey scored one touchdown for every 4.9 rushes.

“Roger Bacon is my family,” said Kiner. “I knew that it would mean a lot more for me to stay here and win with my family. I knew in my heart that if we just kept pushing on, we would eventually turn things around and change the culture.”

That decision paid off. Over the last two seasons, Roger Bacon won 20 games, which are the most in a two-year period in the program’s history. It is also the first time the school has had back-to-back 10-win seasons.

Members of the Ohio State Athletic Association and local media joined the Roger Bacon administration and the 2020 Regional Champion football team to present the award to Corey at ceremony held at school.

Corey has demolished the Roger Bacon record book with careers stats that may never be rivaled, as well as making his mark on the state of Ohio record books. With the Mr. Football award added to his accolades, he will now officially be remembered as one of the greatest student-athletes in Ohio football history. 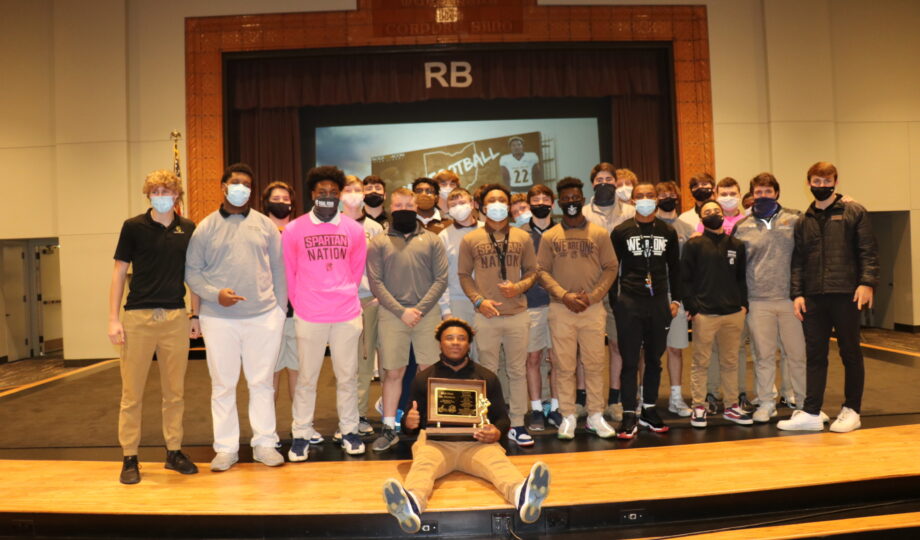 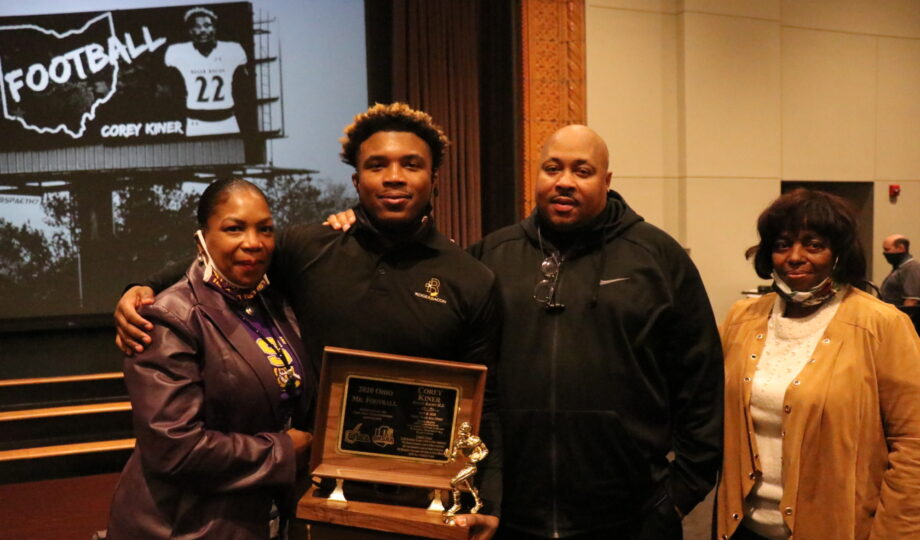