Congratulations to juniors Jocelyn Carraher, Alex Hinsey, and Nolan Wall who received some of Roger Bacon's most prestigious scholarships during the celebration of Academic Week.

Jocelyn is the recipient of the Nicholas M. Rieder Scholarship, named after the former Roger Bacon teacher and academic dean. This award is given to a student who, after five semesters, has the highest class rank based on his or her weighted average and who is of good character.

Jocelyn is known throughout Roger Bacon as an intelligent, motivated, and trustworthy student. Her drive to be successful in both academics and athletics, combined with her unassuming demeanor, make her a worthy recipient of this scholarship.

Alex is known throughout Roger Bacon as a positive, personable, collaborative, and hard-working student. One teacher described him as “the kind of young man that makes this job enjoyable.”

Nolan is dedicated, respectful, caring, and humble. He balances the demands of football and wrestling with academics, evidence of his strong work ethic. 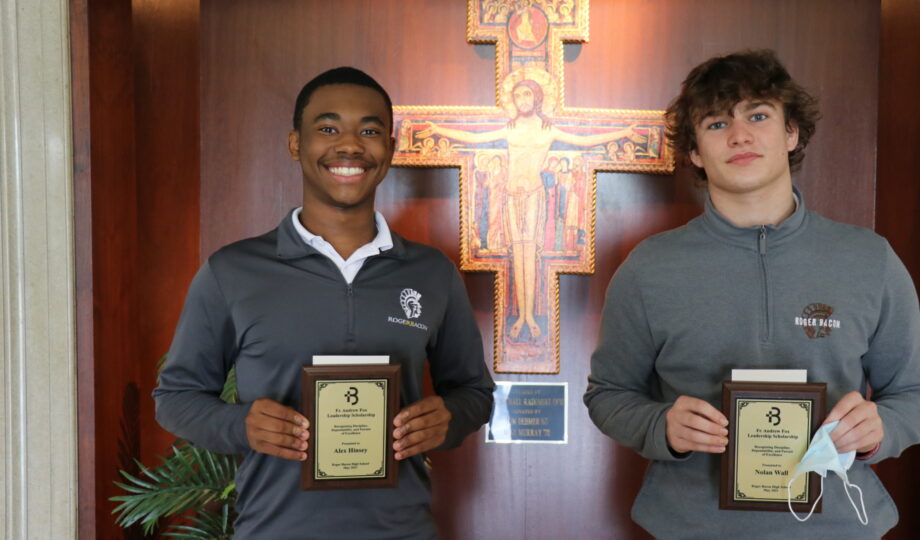 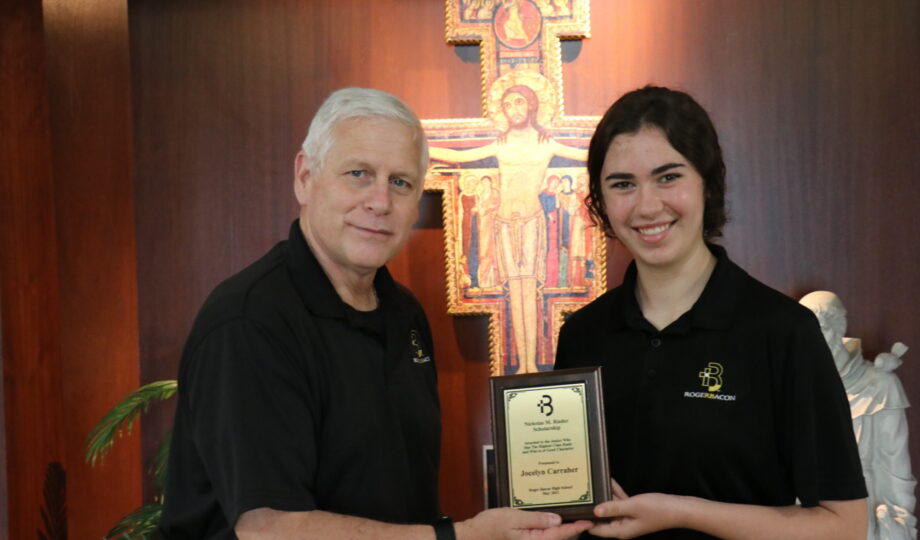