When thinking about the future, Craig McGee '17 has big plans. "In my senior year, I am most looking forward to the opportunity for another shot at a State Championship." Craig has been preparing all summer for the opportunity to head to Columbus in March. He has been putting time in the gym, weight room and even traveling with his AAU team. Even though most of his summer was dedicated to basketball, he did have the opportunity to spend time with his family. While in Orlando for Nationals, Craig and his family went on a three-day adventure through Disney World. For him, the best part of the trip was not the rides, but spending time with his cousin.

Craig is drawn to the idea of family. "I chose Roger Bacon because of the family atmosphere. There is a feeling that people are looking out for each other, and I liked that." Another draw for Craig was the Catholic education. "As a Christian, an education rooted in Catholic tradition was a big pull. I came from a public school that did not have that component and not nearly as much diversity as Roger Bacon. I wouldn't change a thing about my high school decision."

Craig has made his name known in the Body Bacon. He is an Assisi Scholar, a member of the basketball team, Student Senator, and Treasurer of the Planeteers. Craig has also been nominated many times over for leadership positions. He was chosen to represent RB at the HOBY leadership conference his sophomore year as well as a West Point Society Leadership attendee. Craig, like Olivia Ungruhe, was nominated to become a Senior Leader. He welcomed the Class of 2020 into the Roger Bacon Family. In that group of 117 freshmen, is Craig's brother, Josiah. " I am the first in my family to attend RB and I am glad Josiah is following in my footsteps. However, I want him to be able to make his own path while here, and I know he will."

Craig's favorite teacher, Dave Kathman '90 had great things to say about our Face of RB, "Craig McGee is a great student, athlete and a fine young man. I am proud to say he is a Spartan! His work ethic and determination rivals only his spirit. Craig is the quintessence of a Spartan."

The future is bright for Craig. He is currently looking to major in Computer Engineering or Applied Mathematics. His ultimate goal is to play basketball in college. At the top of his college search is Rose Hulman, as they are very interested, but Craig is still weighing his options. 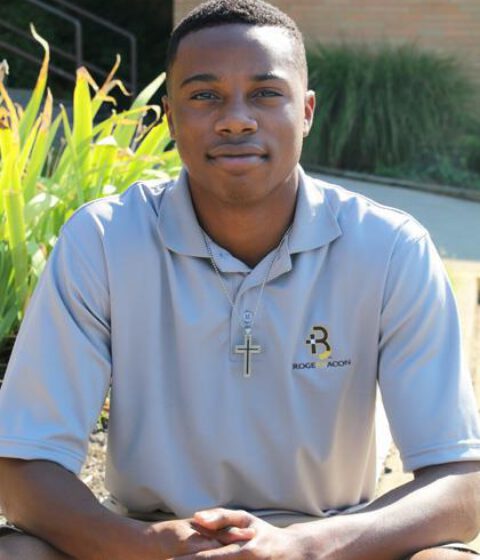 “Craig McGee is a great student, athlete and a fine young man. I am proud to say he is a Spartan! His work ethic and determination rivals only his spirit. Craig is the quintessence of a Spartan.”