Dirk Shadd always seemed to have a camera in his hand.

Those who knew him during his years at RB know two things for certain – he was almost always in a good mood, and almost always had a camera with him to document the experience.

The son of two public school teachers, Dirk actually began his high school career in the public school system, only to be met those first days with a challenge too many students are familiar with – a bully.

Dirk refused to return to the public school. His father, a product of Catholic schools himself, suggested they look at local Catholic high schools. They found a spot at Roger Bacon with one caveat – he agree to play tennis. Motivated to start fresh, he agreed. Dirk entered Roger Bacon 3 weeks after school had started, and knowing just one person in the building – former 4th grade classmate Sean Healy.

Believing he needed create a new persona, he spent the first few weeks as a “transfer from San Diego” only to realize at Roger Bacon he could be himself, and be accepted, exactly for who he is. What he found in Roger Bacon was a place that made profound impact on him, from the values, to the education, and even to tennis. His tennis coach, and Religion teacher, Ms. Martha Kollstedt would start as coach and teacher, and become a lifelong friend.

You can still find Dirk with a camera in his hand. He turned his high school hobby and passion into a successful career as an award winning photojournalist, currently working for the Tampa Bay Times.

Life came full circle again in 2015 when Dirk found himself photographing a multi-part news story for his paper, a series that documented a local public school system and its label as a “failure factory.” In chronicling the story, Dirk thought often about his public school teacher parents, as well as his time at Roger Bacon, and the “huge difference” it made for him. Dirk and his reporting team were rewarded for their efforts with the prestigious Pulitzer Prize for local reporting, beating out competitors such as The New York Times for the pinnacle of journalistic awards.

You can read the award winning series of articles and see more of Dirk’s work at this link. 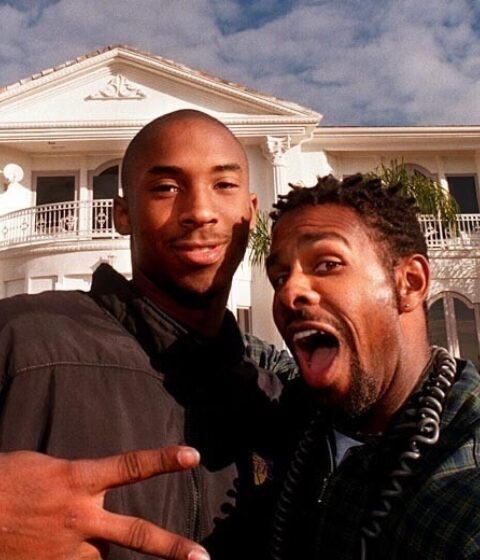 “Here is a picture of when I met Kobe Bryant in 1996. I had just moved from Philadelphia to Long Beach to work for the Long Beach Press-Telegram and he had just moved from Philly to Malibu to be an L.A. Laker. I was photographing him for a story to run in the Philadelphia Inquirer titled “Kobe’s World.” He had just bought this house for him and his parents to life in – he was fresh out of high school. What I remember about Kobe was how nice and funny he was. We joked about both being rookies. He didn’t want to be late for practice that morning and I didn’t want to make a bad photo. I covered him and the Lakers on and off for the two years I lived in Southern California. Kobe was the first professional athlete I met and photographed one-on-one, and despite journalists not picking favorites, yes, he was always my favorite.”