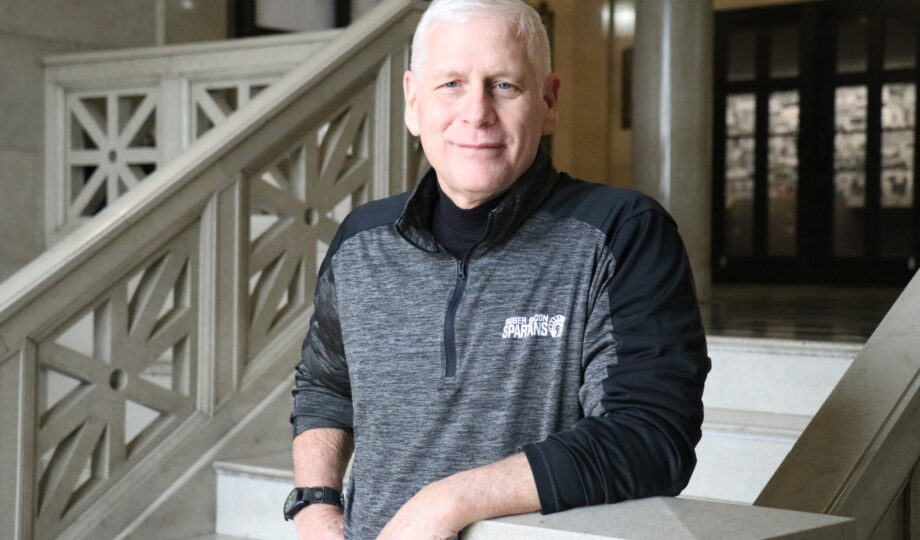 Please see below for a press release from the Chair of the Roger Bacon Board of Directors, Thomas J. Hattersley '68.

As Chair of the Roger Bacon Board of Directors, I am pleased to announce that Steve Schad, the school’s current Principal, has been selected to be the next President of Roger Bacon High School, effective July 1, 2023.

The search for a President began this August after the Board of Directors voted to return to the now more common “President Plus Principal” model. Roger Bacon had operated under this model from 2001 to 2020. Since then, Steve has served as both the Principal and Chief Executive Officer.

To the Board, it was clear that Steve’s twelve years of outstanding service to Roger Bacon and long and successful career in education and the military prepared him perfectly for this position. Steve has been the Principal at Roger Bacon for the last 12 years. Before that he was in education as both a teacher and administrator following his retirement from the United States Marine Corps as a Lieutenant Colonel in 1999. Before coming to Roger Bacon in 2011, Steve was an intervention specialist and Spanish teacher at Hillsboro High School, a Spanish teacher and Assistant Principal at Batavia High School, and Principal at North Adams High School.

When asked about the appointment to President, Steve said, “It is indeed an honor to be able to follow in the footsteps of former presidents, Fr. Bill Farris, OFM and Tom Burke (RB Class of 1969). I have been blessed to be part of the Spartan family for the past 12 years and am excited for the opportunity to lead our wonderful students, faculty, staff, families, and alums as we approach our 100th anniversary.

I am proud of what we have accomplished this past decade and excited for where we will go in the future. Humbled by the trust placed in me, I am dedicated to ensuring Roger Bacon remains the coed school of choice in Cincinnati.

While the role of President will entail a change in responsibilities, continuity in key positions remains. I am blessed to be surrounded by exceptional individuals in the school and the Advancement Department. I am happy to be able to continue to work side-by-side with our current President Emeritus and Major Gifts Officer, Tom Burke, as well as a dedicated and talented staff. Working with these individuals on a daily basis is truly a blessing.

I love this school and our Spartan family. I can’t wait to start in this new role. I look forward to working with the next Principal as we continue ‘forward to greater things.’ Life is good!”

Tom Burke adds, “Steve is the right choice to assume the position as President of Roger Bacon High School. His leadership, as Principal and Principal/CEO over the past twelve years, has been instrumental in the transformation of our campus and facilities, programmatic improvements, and cultural enhancements – all resulting in a vastly improved student experience. Most importantly, Steve’s passion and proven ability to connect with students, faculty and staff, parents, alums, and the community at large, provide him with the key characteristics to be successful in this critical leadership role. I look forward to continuing our working relationship.”

Steve is married to Carol Barger Schad, an elementary school teacher at Batavia Elementary School, and lives in Anderson Township. His eight grandchildren, including a freshman at Roger Bacon High School, keep him busy. He says, “I love being a grandfather and spending time with my grandkids – especially while grandpa is still considered ‘cool.’”

Steve will finish the current school year as Principal. A search for the next Principal will start immediately with the goal of naming a successor this coming February. The Board anticipates that there will be significant interest in becoming a leader at a school with the reputation of Roger Bacon. We are also blessed to have superb options in-house.

I ask the Roger Bacon staff, students, parents, families, alums, and the overall community to do everything we can to help make President Schad and Roger Bacon successful in serving the young women and men whom we are honored to call our students.

If you have any questions, please email our Director of Marketing & Alumni Engagement, Brandon Spaeth '11.