Roger Bacon Donates Over 500 Desks To Catholic Schools In Jamaica

Last fall, former Roger Bacon President and current Vicar Provincial for the St. John the Baptist Province, Father Bill Farris, OFM, reached out to current Roger Bacon principal Steve Schad with a request. Father Bill had discovered, through the province’s mission work in Jamaica that the Catholic schools they were supporting as part of their ministry were in desperate need of desks. Many of these schools were using “yard benches” built for only two individuals, but crammed with 3-4 and with no table top to work or write. Father Bill’s request to principal Schad was to use Roger Bacon as a central “hub” of collection, as Father Bill would send out an appeal to local schools in the Archdiocese in hopes they would have desks to spare.

Not long after this, however, Mr. Schad had a better solution. Roger Bacon would be purchasing brand new desks for each of its 515 students, and the gently used desks they would be replacing would be shipped to Jamaica and those schools in need.

Beginning the first day of Christmas break, Roger Bacon staff and 65 student volunteers spent the next 7 days removing every desk from Roger Bacon high school, moving them to Bron Bacevich stadium, and then loading them onto two 40-foot sea-land containers headed for Jamaica. The weight of both containers equaled 16,747 pounds. More than 500 desks were shipped, with an estimated delivery date of January 30, 2022.

Father Colin King, OFM, is based at the Mary, Gate of Heaven Rectory along with former Roger Bacon principal Father Jim Bok. Fr. King says the schools are excited to have this dramatic upgrade for the students. “The ‘yard’ benches have been used for upwards of ten years. As you can imagine these old benches caused problems with students and essentially sitting on top of each other. This has caused even more problems as we try to adjust to the new normal of social distancing in the era of COVID-19,” says Fr. King.

It didn’t take long for the 500+ desks to be claimed by the schools. As Fr. King shares, “Many of the principals exclaimed with great joy when I said the desks were on their way.” 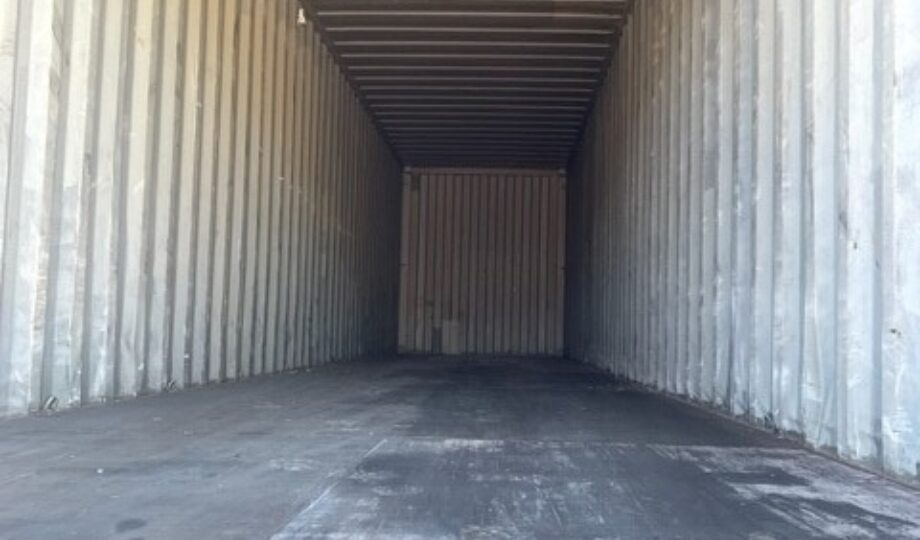 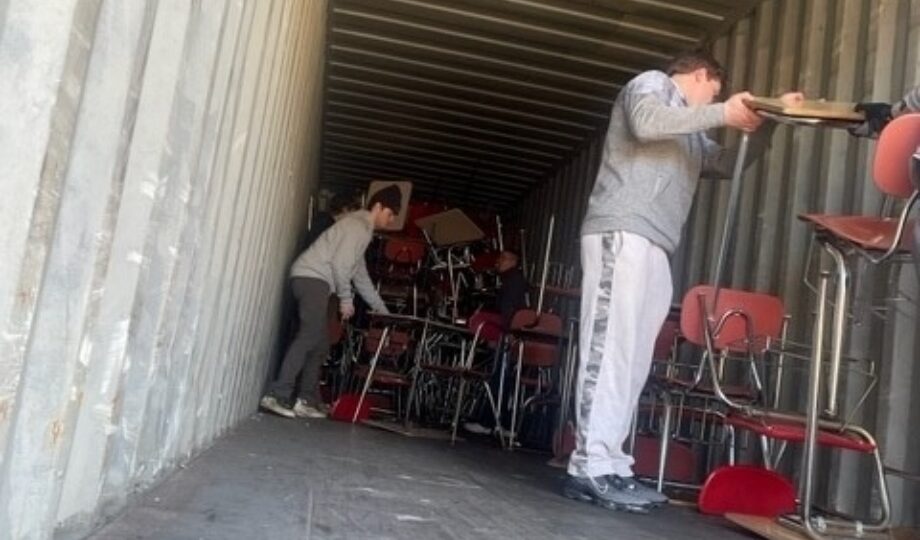 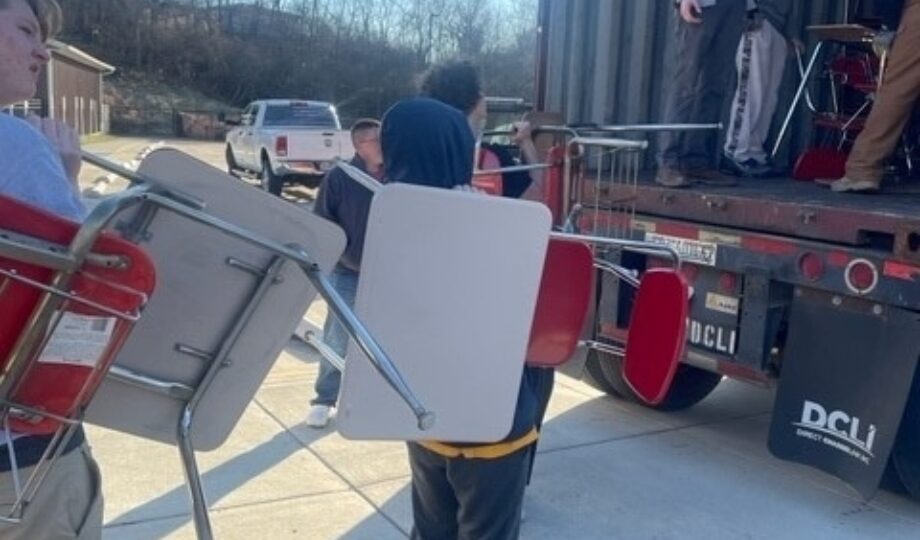 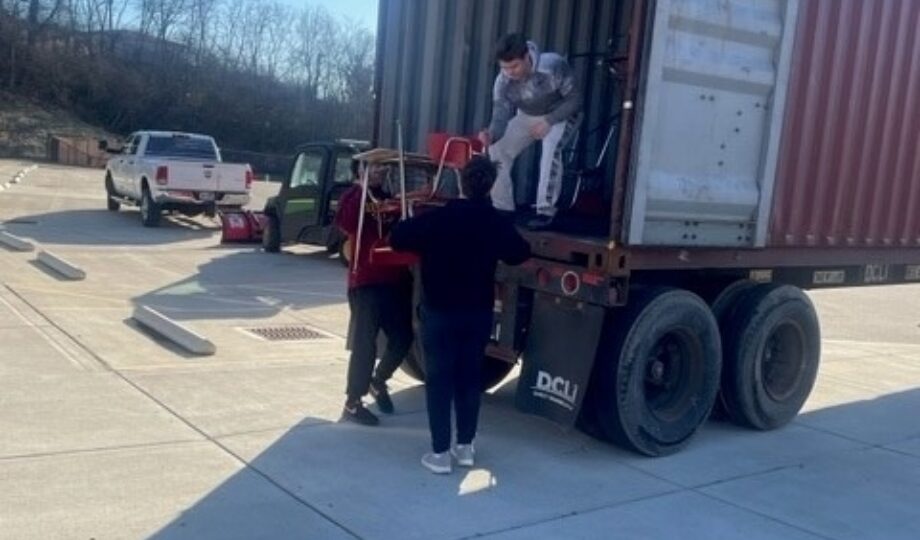 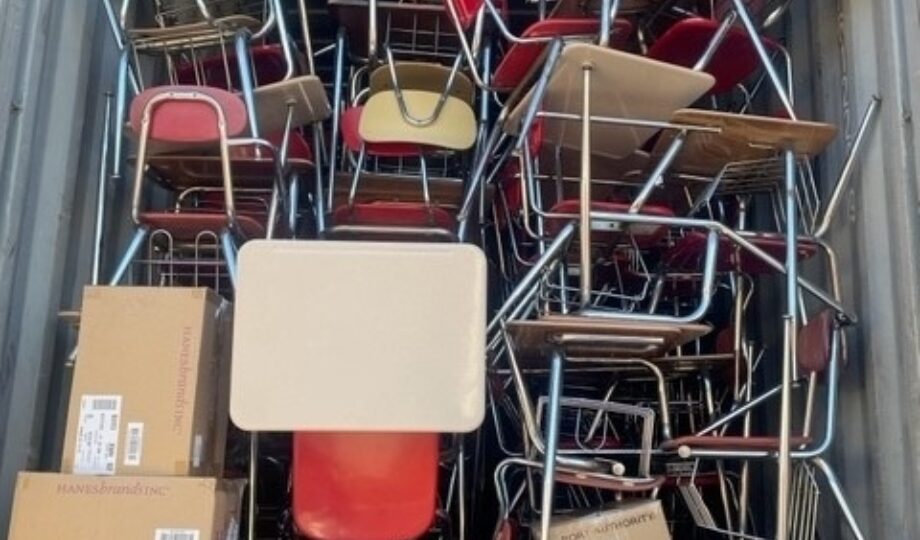