We’ve all been there – the first day of high school. The nerves of meeting new people, remembering where your locker is, and getting to class on time. It can be very overwhelming. Nolan Tebbe ’20, experienced all of this and has advice for all new freshmen, “Don’t be afraid to put yourself out there.”

A graduate of St. Ignatius, Nolan is part of growing trend of Wildcats choosing Roger Bacon. While many of his friends selected one of the all-male high schools, Nolan followed his advice and wasn’t afraid to stand on his own. “Honestly, I was bored on my shadow visits at other schools and they were too big. I remember the exact moment I realized RB was for me. It was in Doc Wittekind’s AP World History class. He not only kept my attention, but I looked around and the entire class was engaged and enjoying themselves.”

Nolan, now a sophomore, has a full year under his belt, and can say the transition to high school was tough, but he wouldn’t want to be at any other high school in Cincinnati. “I struggled at first. Everything was so new, but I adjusted, met new people and made some close friends.” Being a member of the football team has helped form those relationships. Even though Nolan is currently sidelined with a knee injury, he is excited about the upcoming season. “This year the coaches pushed us hard, especially during conditioning." An offensive tackle, Nolan spent part of his summer at Notre Dame College Football Camp improving his skills. If you ask him a prediction for the season, “We are going to win more of the close games this year.”

Football isn’t his only passion. Nolan is active on the Community Outreach Board. As a member of the Outreach Board, Nolan participated in a summer retreat in Jackson, Kentucky helping to plan service activities for the year. He is really looking forward to our St. Baldrick’s event in the second semester. We will be partnering with the St. Baldrick’s Foundation to bring awareness to childhood cancer by shaving heads.

He is the true epitome of a Spartan – ambitious and caring. Nolan has two lofty goals for the year: to get straight A’s and to exceed the 100-hour mark in service. “I came close to getting all A’s last year, but I know that if I work hard enough I can achieve it.”

Just as our fight song says, “Spartan courage never yields whatever the outcome be…” Nolan will continue to push himself, his teammates, and his school to achieve greater things. 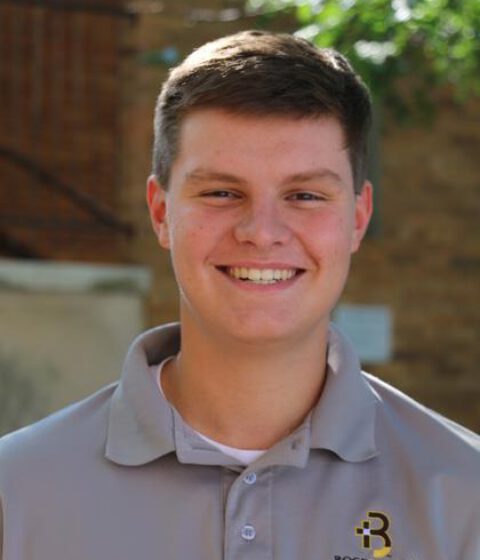 “Nolan is a wonderful young man. He is a great student, with a quick smile and a sense of humor. He brightens our classrooms every day!”